Bank of Canada Hints at No Interest Rate Hikes Until 2023

Prospective homebuyers were reassured today that interest rates will remain near historic lows “for a long time,” according to Bank of Canada Governor Tiff Macklem. 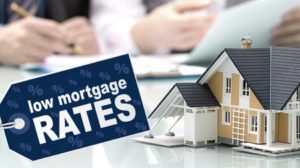 The BoC chief made the comments during a conference call following the Bank’s interest rate meeting, where it left the overnight lending rate unchanged at 0.25%, at its “effective lower bound.”

“Interest rates are very low and they are going to be there for a long time,” Macklem said. “Canadians and Canadian businesses are facing an unusual amount of uncertainty, so we have been unusually clear about the future path for interest rates.”

In the Governing Council’s official statement, it said it would “hold the policy interest rate at the effective lower bound until economic slack is absorbed so that the 2 percent inflation target is sustainably achieved.”

Observers say that implies the Bank has no plans to start raising rates until at least 2023.

“Based on the Bank’s new forecasts, this implies it has no intention of raising policy rates for several years,” wrote Capital Economics economist Stephen Brown.

“While the Bank may eventually raise its central scenario forecasts for growth and inflation, our forecasts are still consistent with the broad message in today’s policy statement,” he added. “That is, despite the huge stimulus, there is little chance that a surge in inflation will justify raising interest rates within the next few years.”

The BoC also confirm that its bond purchases, which have helped to inject liquidity into the lending market and help keep mortgage rates lower than where they otherwise may be, will continue until the economic recovery is “well underway.”

“We continue to think asset purchases will continue at least through the first quarter of 2021, and likely well into next year,” wrote Josh Nye of RBC Economics.

Some of the BoC’s updated forecasts include:

What does that mean for homebuyers?

It’s rare to have such a clear roadmap for future interest rates confirmed by the Bank of Canada itself. So, what would another couple of years of rock-bottom interest rates mean for homebuyers and how might that affect mortgage decisions today?

The biggest question is whether you choose to lock in these low rates at a longer term, say 5 or 7 years, or opt for a shorter fixed term or variable rate.

“Unless you’re able to find a variable rate at least a half-point under the best 5-year fixed rates from fair-penalty lenders, the risk-reward of floating your rate isn’t overly attractive,” wrote Rob McLister, founder of RateSpy.com.

“Barring that sort of discount, if the BoC were to hike rates 100 bps in 2023, for example, you’d pay less in a 5-year fixed—assuming you didn’t break the mortgage early.”

Fixed rates have been trending downward largely thanks to falling bond yields and the Bank of Canada’s quantitative easing programs, which have injected billions of dollars in liquidity into the market, which in turn has reduced much of the risk for mortgage lenders.

Steve Huebl
Steve Huebl is a graduate of Ryerson University’s School of Journalism and has been with Canadian Mortgage Trends and reporting on the mortgage industry since 2009. His past work experience includes The Toronto Star, The Calgary Herald, the Sarnia Observer and Canadian Economic Press. Born and raised in Toronto, he now calls Montreal home.